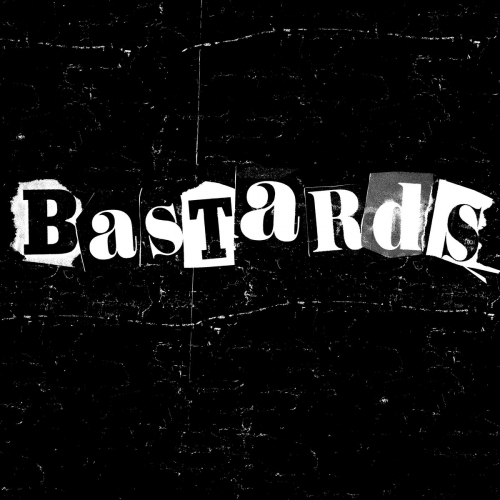 Formed back in 2001 but with a jumpstart in activity starting in 2008, Fukpig is a band that keeps the term “take no prisoners” close to its heart. Built on the contempt for current social structures and the hate for fascist conducts, necropunk, as the band dubs their style, is a blend between the colder and the more lo-fi aspects of black metal, the aggressiveness and rage of crust and the political activism of grindcore. Albums like Spewings From a Selfish Nation and Belief is The Death of Intelligence became hymns to our inevitable end as a species and to the fact that, at the end of the day, none of it fucking matters.

Bastards is, in many ways, the same thing all over again and, in others, a different beast altogether. Being the band’s first record since 2014’s This World is Weakening, Bastards continues the band’s mission to destroy any and all forms of political corruption, religious dogmas and the hypocritical war on terror. Tracks like “Lets Make Britain Hate Again”, “Ruled By Cunts” and “Last Brexit to Nowhere”, are pure, unadultered, anti-Brexit anthems, dealing direct blows to the current sociopolitical instability over in the UK and USA, while tracks like “Doctrines of the Obsolete”, the title track “Bastards” and “Force Fed Fucking Bullshit”, featuring Paul Catten of Barrabus and Stuntcock, speak a message of non-conformity and never giving up on our principles and values. All of them played and sung with ruthlessness and disgust as characteristic of the band.

On the “slower” side, we have “Antisocial Media”, that deals with the recent controversy surrounding social media and its various platforms, and “The Altar of Austerity”, which shows Fukpig’s animosity towards greed and the IMF. I use the term “slower” loosely, as the only real slow moments of Bastards is when the band decides to take a breather, only to return seconds later with a vicious and violent energy discharge.

At its core, Bastards is a record that sounds similar to Fukpig’s past studio efforts and doesn’t shy away from that fact. It’s a repetitive formula that does its job well, spewing harsh criticism to the world and never backing down from a fight. A pleasant return of the UK’s most beloved bastards. Let’s hope this brings more gigs as well.