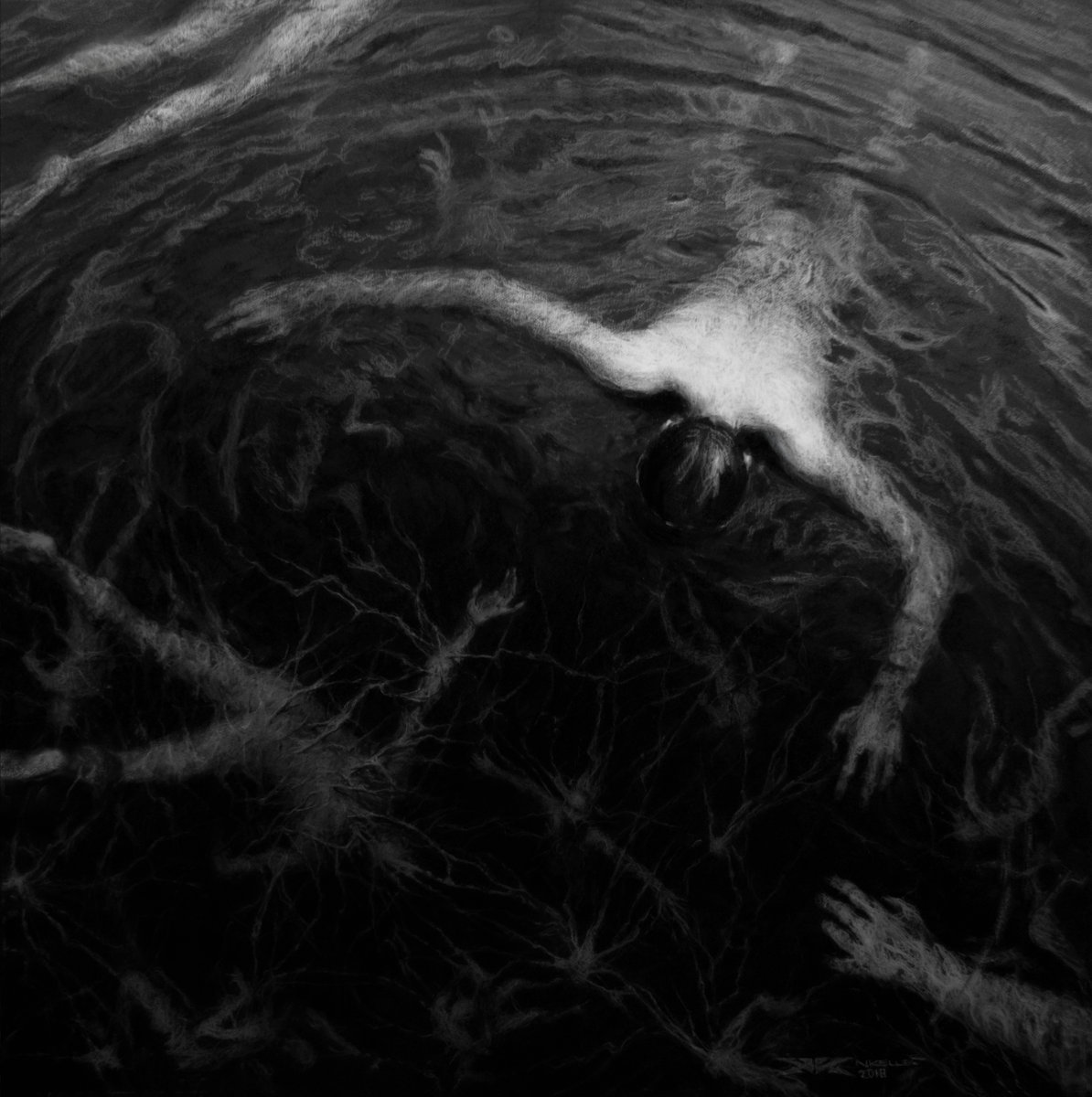 I remember when I saw Altarage live for the first time. I remember being in a room clad in darkness, while three hooded figures dispensed a suffocating dosage of extremely violent and cruel black and death metal, a deadly mixture some would say. Portal came to my mind on that night and there is a very good reason for that: Altarage are not only their disciples, they are also their equals in many ways, especially when talking about their abrasive and horrifically abstract sound. Their first two records, Nihl and Endinghent, are brutal and apocalyptic soundtracks that demonstrated how viciously good and savage the Spanish trio can be. And their third record, The Approaching Roar, proves to be no different, showing the band’s willingness to break the barriers of sound and arrangement and emerging as a beast that cannot be contained.

The first track of the record, entitled “Sightings”, attests to the fact that Altarage, like the bands that precede them, have a knack for improvisation and experimentation. Starting with the sound of an acoustic guitar that borders on the flamenco and that resembles the ramblings of a madman, the track suddenly explodes into a clamour of disembodied guitars, crushing blast beats and terrifying howls that perfectly set the mood for the entire record. This is a very typical signature move by some bands of the genre and Altarage embrace that notion completely. Some of Altarage’s own signature moves in composition are also present as well. Tracks like “Knowledge” and “Inhabitant” feature mid sections where the overarching and chaotic sound comes to a pause and only the guitars are heard, like a calm before the storm. Or better yet, the calm before the plunge that brings us back into the void. In both cases, the voracious howls and marching drums join in, creating a sense of distress that envelops our minds and bodies and then crushes them rapidly and mercilessly not long after. “Chaworos Sephelln”, which I dare say is the best track of this record, is another example of this, although instead of having a slow and omnipresent guitar sound throughout what we could call its mid section, it actually features almost complete silence. Its in these moments that Altarage show their true strength, in their ability to create such a dense and suffocating mood, even without their own instruments, something many find remarkable.

It isn’t a record without its flaws, however. As much as one loves the chaotic and unforgiving soundscape that is present throughout the record, there is a feeling of repetitiveness that is left after each track. They all sound a bit similar even with those disparate moments of reprieve. It doesn’t take much from the overall experience, but it’s a feeling that stays with you until the end. That being said, if you are a fan of the genre, then you should give this album a listen or two, as Altarage have once again conjured a dissonant and bleak sound that takes us through hellish landscapes and fills our minds with strangulating visions of the vast nothingness. A hymn to annihilation. The approaching roar that brings the end of all things.