We are a little over than two months away from the ninth edition of SonicBlast Moledo and already the three-day passes are extremely close to being completely sold out. The information comes from on high, as the promoters at Garboyl Lives reveal that the pre-sale is going even better than last year. But fear not, loyal pilgrim of the desert – the day splits of the festival are here and with them, the daily tickets. In other words, your last chance to be a part of this year’s edition of SonicBlast is at hand.

Before we get into the ticket information itself, allow us to reveal what you can expect from each day of the festival – for quicker access, you can also check the poster below. On the very first day, SonicBlast will receive headliners Graveyard, Earthless and Monolord, as well as Lucifer, The Devil and the Almighty Blues, MaidaVale, Minami Deutsch, High Fighter and Jesus the Snake. Orange Goblin, My Sleeping Karma and The Obsessed will occupy the headline slot of the second day, which will also include the presence of Dopethrone, Harsh Toke, Petyr, Kaleidobolt and Zig Zags. Finally, the third day will be headlined by OM, Eyehategod and Windhand, and will also include performances by Sacri Monti, Satan’s Satyrs, Toundra, Maggot Heart and Cardiel. There are still five bands left to be announced – one for the first day and two for each of the second and third days -, which will be revealed soon.

Being the first time that SonicBlast is held as a three-day festival, the expectations are at an all time high and naturally, that translates into how well the presale is going. As we mentioned above, the three-day passes are really close to selling out, but you can still grab one while they are at 70 euros a piece. If not, the daily tickets will be your only option. These are available for 35 euros and like the three-day passes, they can already be purchased online via Bilheteira Online and MásqueTicket. Don’t miss your chance to be in the greatest party of the Summer! 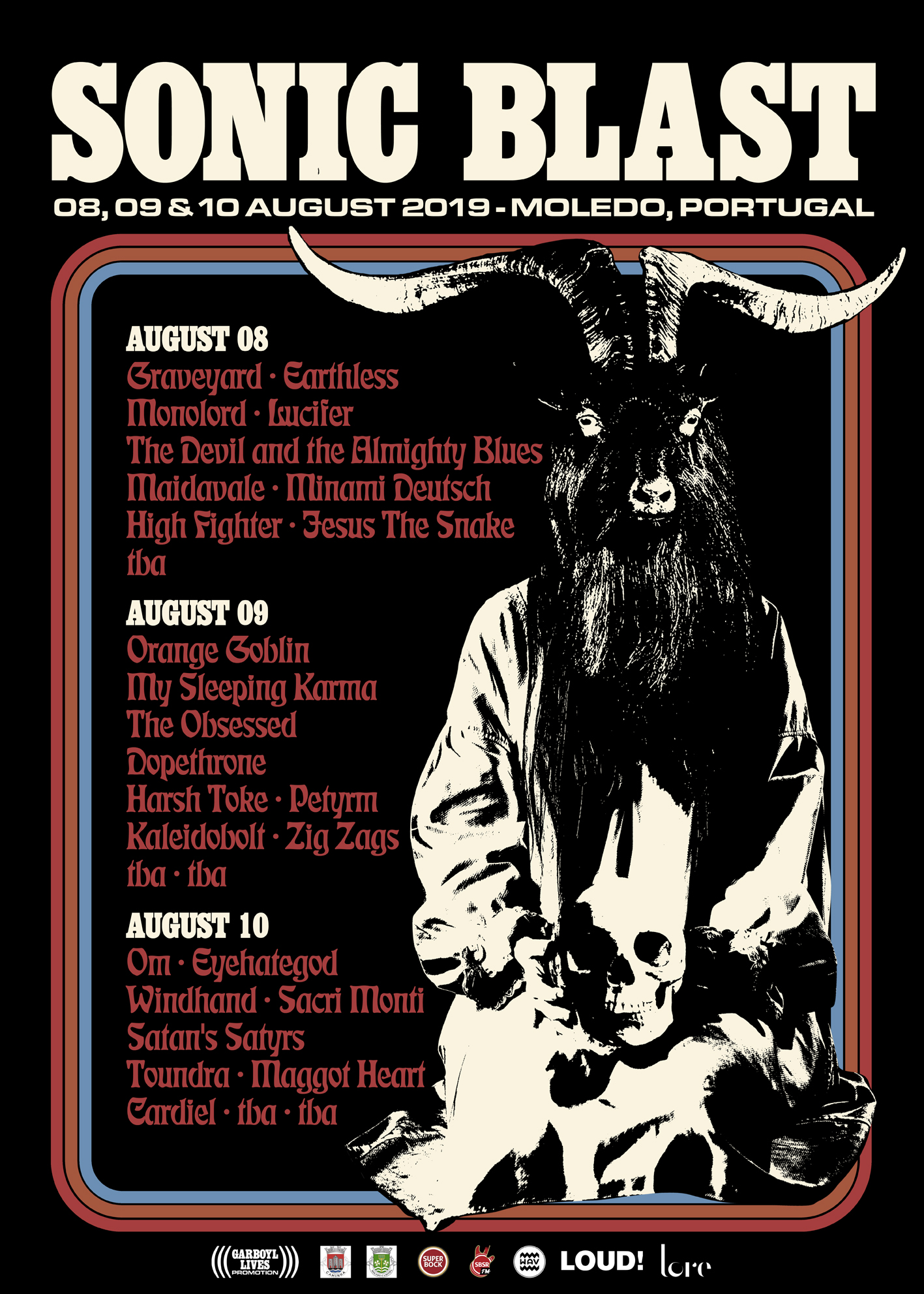