30 Years of Bloodshed: A conversation with Tobias Gustafsson of Vomitory

The year was 2017 when Vomitory resurfaced to the realm of the living. After being dead for four years, a faithful calling had them appear at that year’s Summerbreeze Open Air to celebrate the life of Michael Trengert, the man behind the festival who had helped the band over the years. It was only a year after that they would realise that this was to be their first step back into the underground metal pond and from 2019 onwards, the band has performed in a myriad of clubshows and festivals, including 70000 Tons Of Metal, Inferno Metal Festival, Hellfest Open Air and SWR Barroselas Metalfest.

It was back in April 2019, at SWR, that we met with drummer Tobias Gustafsson not long before Vomitory hit the Main stage for a gloriously vicious performance. And after a well-deserved dinner, we walked a bit outside the festival venue and talked with Tobias about the band’s 30 year-long history. 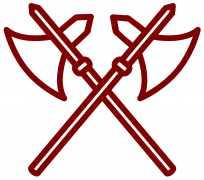 First things first, we would like for you to do a reflection on the band’s 30 year history.

Well, 30 years is a long time. It’s been mostly ups, it’s been fun most of the time but of course there have been some setbacks every now and then, something that every band faces. I think the reason that we stayed around for so many years was that we tried to not get affected by the setbacks and we also didn’t have too high expectations of things. So, that way we never got really disappointed. I have seen many bands that make one album and have high expectations that they should start ruling the world. Then that doesn’t happen and they get disencouraged and end up splitting up. We always played first and foremost for our own satisfaction and that’s probably the reason why we stayed together for so long. Now, we are back together again temporarily and it’s more fun now than ever, I think, probably because we don’t have the pressure on ourselves. We never had any pressure but when you are an active band, you still have some kind of pressure from always wanting to deliver to the fans and making an even better album than the one before. But now that we are doing this temporary thing with Vomitory, we don’t have any plans to make any new music, so we don’t have any pressure at all. We are just having fun.

What was the motivation behind starting Vomitory?

It was the same reason back then, to play for our own satisfaction, to play fast and brutal music because we love it.

Did you know each other before starting the band?

We knew each other. Me and Urban, the guitarist, we are brothers, but I wasn’t involved in starting the band, I joined a little bit later, it was Urban and a guy called Ronnie (Olson) who started the band. They started getting to know each other back then because they were the two people who were into the most extreme music in our small community. They naturally bonded and decided to start a band together.

“I think the reason that we stayed around for so many years was that
we tried to not get affected by the setbacks and
we also didn’t have too high expectations of things.”

Did you have any clear influences from the start and how did they change over the years?

I don’t think it changed so much during the years. I think some key bands were always very important to us as far as songwriting goes – Napalm Death, Bolt Thrower, the early Swedish death metal scene like Entombed, Dismember, Unleashed, Grave and a lot of other bands, you know, like demo bands because we were involved in tape trading. But also Vader, Cannibal Corpse to a certain extent and Terrorizer. And also Slayer in the very beginning. No matter what, Slayer is always in the back of our heads somewhere. Even early Metallica was very influential, as well as Celtic Frost, Venom and Sodom, of course.

Did the changes on the band’s structure over the years influence the way you write and compose music?

Yes, a little bit. And I think those changes were most noticeable in the early years. Then, after a few years, things fell into place and we found some kind of formula that we thought worked.

Considering that many of Sweden’s well-known death metal bands originated from cities like Gothenburg and Stockholm, in what ways was coming from Karlstad a challenge?

I think because of that, people didn’t put us immediately in the Gothenburg sound or the Stockholm sound, because we were never either one of them, but rather a mix of them, maybe. We had the brutality from the Stockholm sound and, especially in the beginning, we had a more melodic sound, if you call it melodic, I wouldn’t call it melodic. In a way, I think we stood out since we weren’t labelled a Stockholm band or a Gothenburg band. But on the other hand, we lived so far away from both cities and those two cities, that was were the scene was happening for real in Sweden. So, we weren’t a part of that as much as we could have been. Maybe in a way it gave us freedom too.

What are some of the influences behind the lyrical themes in Vomitory’s music, such as historical events or cinema?

We have both historical events and movies. Books are always part of the inspiration to write lyrics too. Also stuff that you see in the world today and back then as well. I mean, it’s quite a fucked up world so you can get inspirations from war situations or whatever. The latter years we got more into the gory stuff and war situations but how gory they were, rather than the strategics and political side of things.

After your split in 2013 and your reunion show at Summerbreeze 2017, you decided to reunite to celebrate your 30th Anniversary. How has it been since then? Do you have any plans for the future?

No plans, this is just for fun. As I said, this is a temporary reunion, only for this year, so that’s the plan for now. But we will see how we feel about everything by the end of this year because there are other festivals that have showed interest for next year and we have learned by now that you should never say never. In 2013, we said that we would never ever reunite and everybody in the band was totally convinced about that, we had all agreed about it because we didn’t want to be one of those bands that just splits up and gets back together after a few years. We wanted Vomitory to stay dead and buried forever.

But then, we did the reunion show at Summerbreeze as a one-off thing only to honour the memory of Michael Trengert, who was the office manager for Metal Blade Records in Europe and was the one that signed Vomitory to Metal Blade. He did so much for the band in the past, he put us on great tours, such as supporting Cannibal Corpse in Europe, as well as full European tours and all these festival tours in the early 2000s. After some years, he quit Metal Blade and worked only at Summerbreeze, because he was one of the founders of that festival. And in 2013, he passed away. Even after he left Metal Blade, we kept in touch, we were still good friends. He booked us at Summerbreeze a couple of times while he was still alive and we had some of the best shows ever at this festival. So, in 2017, at the festival’s 20th Anniversary, the staff there wanted to do a special tribute stage for Michael with only bands that he had a connection to him. When I got the question first, I was like ‘if there is only one reason in the whole universe, this is the one’. So when I asked the other guys, they were like fuck yes, we’ll do it. That was the least thing we could do to honour him. So we did that and after we played that show, that’s when the seeds started to grow for this reunion that we’re doing now. We had a great time onstage and a few years had passed, everything felt a lot better. So, to answer your question, never say never. We will see how we feel at the end of this year and maybe we will do some more shows next year, maybe we won’t. I’m pretty sure though that we will not make any new music, but you should never say never.

“We will see how we feel at the end of this year and maybe we will do some more shows next year, maybe we won’t. I’m pretty sure though that we will not make any new music, but you should never say never.” 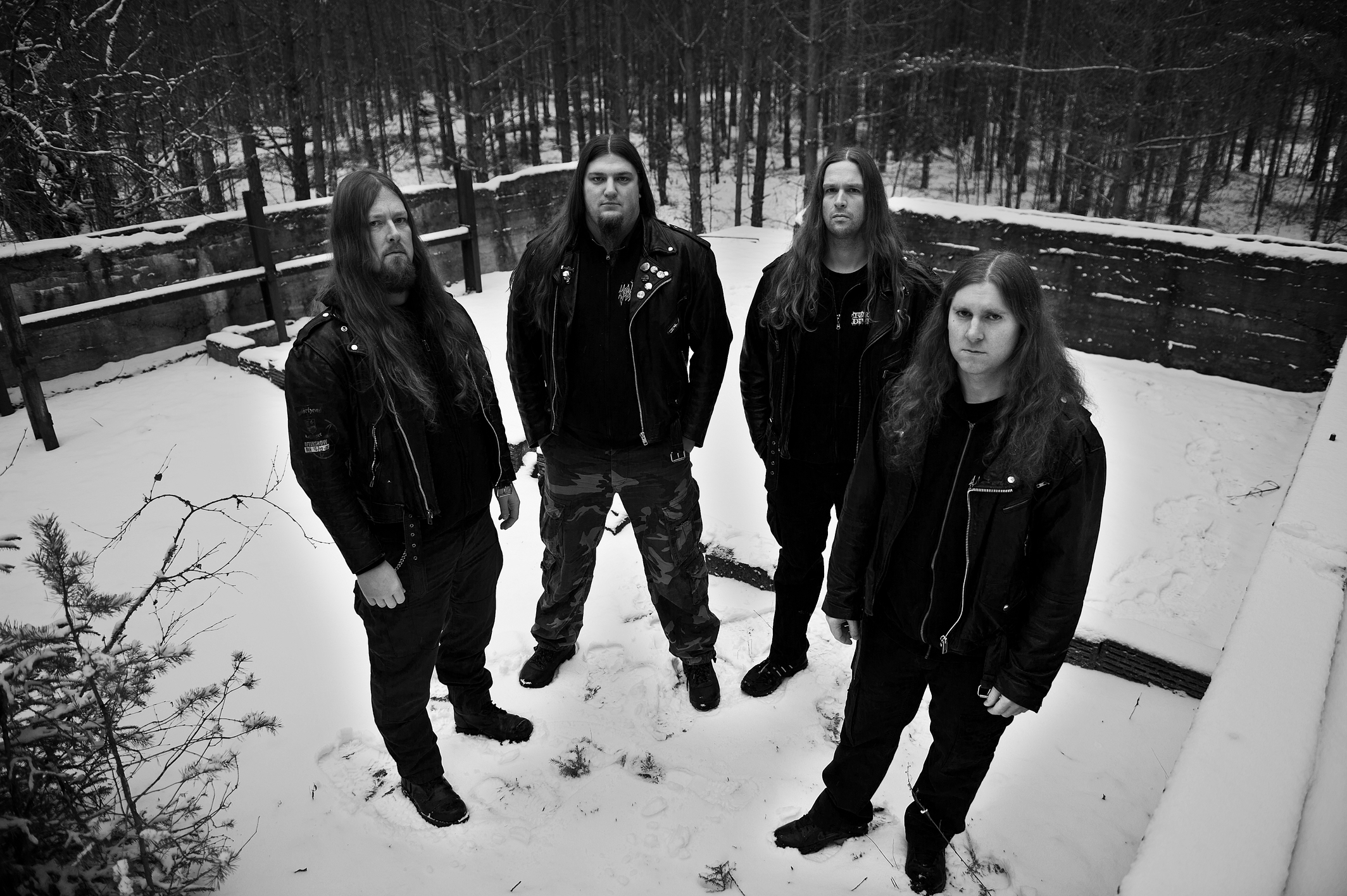 This author hasn't written their bio yet.
Marta Rebelo has contributed 12 entries to our website, so far.View entries by Marta Rebelo