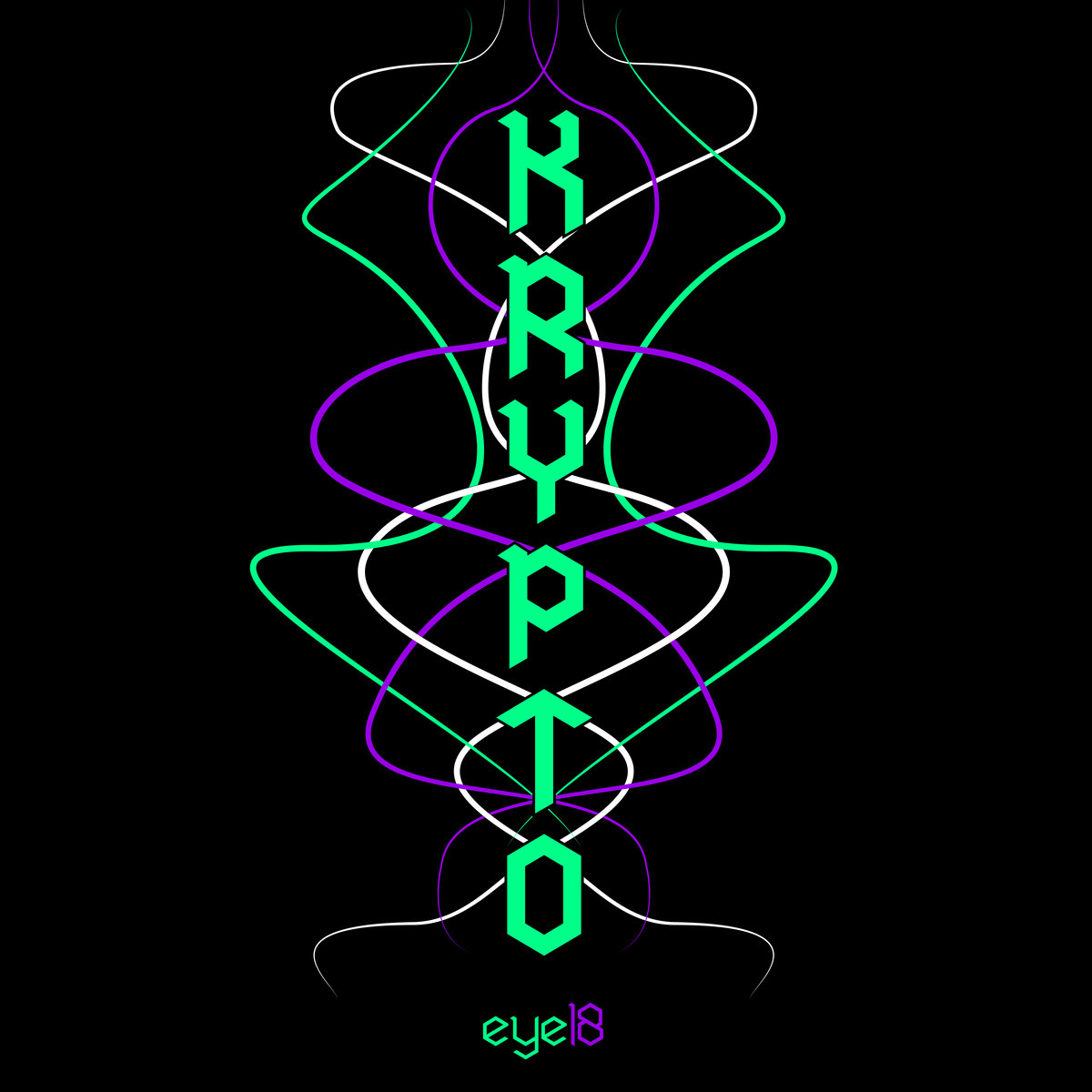 Some things come out of nowhere and just explode on your face in ways you didn’t think possible. That is exactly the case with one trio called Krypto. Founded by one of the craziest vocalists in the Portuguese music scene – a title that Rui “Gon” Silva undoubtedly earned for his contributions to projects such as Zen and Plus Ultra -, who allied himself with the boys from Greengo, Krypto came out as both a surprise and a blessing, an ungodly force to be reckoned with. Combining elements of punk rock and other chaotic forms of rock n’ roll, the trio distilled their intense energy into a debut record, Eye18, that is as uncompromising in its fury as it is clear on its message.

From the get-go, we get the absolutely ripping combo of “Crow Oath” and “Spitwater” that feature the grovvy bass lines of Martelo, the rhythmic drum beats of Chaka and the hate-spouting of Gon. From then onwards, the record is a brutal example of the combative nature of the trio, as they throw at us riff after riff and word after word that are total diatribes on corruption, alienation, isolation and the emptiness of a consumerist and hypocritical society. The psychedelic roots of each individual is also present all throughout – tracks such as “I Saw” transmit that resonance and spatiality associated with the more hallucinatory forms of music -, with their punk rock roots being prominent in tracks such as “Of Fall” and “TATSWH”. A delicious mélange that works incredibly well.

As it stands, this is an incredible debut record that demands your full attention and as many listens as humanly possible. The rejection of societal conformism, the fast-paced musical patterns and insane vocal stylings combine perfectly to form a solid first record that will only serve to whet our appetites for more carnage. Like it says on the tin, the devil is wiser for being old and not for being himself and Krypto demonstrate that they know how to perform aggressive and engaging music better than most. A definitive release from this wonderful power trio and we can’t wait to hear more from them in the coming future.