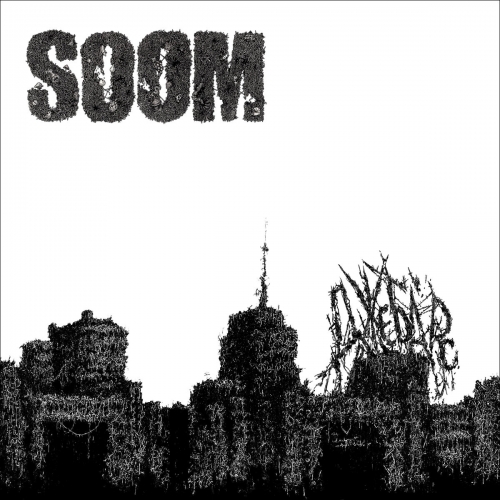 I remember when I first heard of Soom. Eternally searching the World Wide Web for new and exciting bands, I came across these fellas from Ukraine. Songs like Лісова пісня (Forest’s Song) and Наґно (Nagno) captivated my interest, through their use of flutes, occult-worshipping riffs and mystical chants that evoked ancestral spirits. It was as if Yob and Batushka had a child and gave it to Coven to take care of the upbringing. Their latest record Джєбарс (Djebars), released on April 20th via Robust Fellow, addicted label BNiL and Voron NEST, is a continuation of the work started by the band back in 2013. As you might have noticed, the titles of their songs are all in their own language, so, for the purposes of this review, I will be mentioning the tracks by their official English translation, provided by the band, here.

We start out with “Above The Sequoias: Origin”, a 7-minute long intro that takes us to the birth of a dense forest through a plethora of melodies. After a brief spoken excerpt at the end, the first riffs of the album can be heard on the second track, “Burned Out”. Almost immedietly, I notice that Soom’s overall lo-fi and aggressive sound is unchanged. It is an approach that many may not appreciate, but to me it was sort of expected. It has become the band’s way of doing things, their signature style, if you will.

One thing I do have a gripe with, however, are the interludes. Even though Soom makes it so that the entire album is one continuous piece, which in turn makes the interludes seem as both intro and outro to some of the tracks, it’s not something I’m very fond of. There are bands that exaggerate on the use of interludes – Gorillaz comes to mind -, but at the very least the one’s present in Djebars are not too distracting and make a little sense. I would still do away with them though.

“Under a Gleam The Dream Is Hidden” is where the band and the album are at their strongest. It shows what the band really is about and what they are capable of. As previously mentioned, the vocal style is reminiscent of bands like Yob and Batushka, and Al Kova, the vocalist, does a very good job in reminding us just that. He does give it a little twist of insanity here and there to make it more is own, which is a good thing. On “Poltavian Way” and “Wheelchair” one could say the same thing.

All in all, Djebars is a nice follow-up to the band’s previous full-lenght effort, Night of the Meadow and a more successful one too. The similarities in musical structure between songs and the excess in interludes might throw some people of, but it still remains a nice record to listen on a Sunday afternoon. Or when going on a trip, just to loosen up.