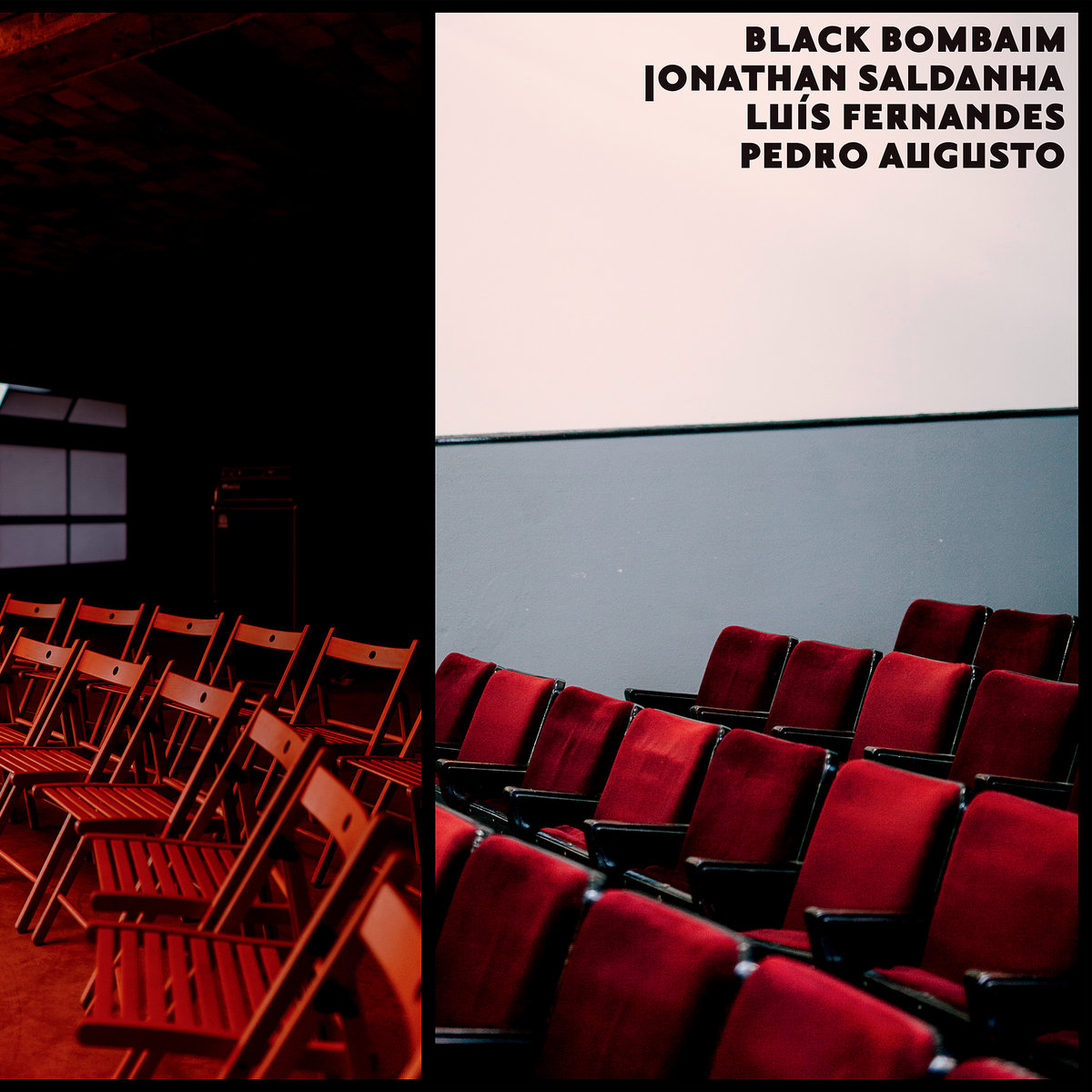 For over ten years now, Black Bombaim have been at the forefront of the Portuguese music scene. Their desire of experimenting with the limits of sound and challenging themselves and others in the realm of music has earned them much attention from international press, even to the point where festivals like the much-lauded Roadburn keep inviting them to play. After their successful collaboration record with famed German free-jazz saxophonist Peter Brötzmann, the trio from Barcelos are back with a new auditory trip through space and time.

Like the record before it, this new one is a collaboration between Black Bombaim and an artist, only this time it’s not just one, but three. Three very distinct and very important artists in the Portuguese music scene – Jonathan Saldanha (HHY & The Macumbas), Pedro Augusto (Ghuna X) and Luís Fernandes (peixe:avião) -, each of them having responded positively to a challenge that Black Bombaim presented them. The challenge was simple in nature, but complex in execution. Through a series of artistic residencies that started in December of 2017 and culminated in April of 2018, each artist would compose an original piece with the band which would then be performed and recorded live to be part of a brand-new record. It is a completely unique way of doing things and it just goes to show Black Bombaim’s predilection for finding new and interesting ways to create music.

The resulting record was released just a few days ago via Lovers & Lollypops and is an hour-long journey of rhythm and polyphony. Each musical piece created in the residencies has been divided into two movements and arranged along the record in an unusual fashion. At first, we have “Zone of Resonant Bodies”, a drony and abrasive, 23 minute-long track created alongside Jonathan Saldanha. It all shifts gears in the second track “Three Axes”, where the rhythm section starts to kick in and together with Pedro Augusto’s electronics, the band creates an atmospheric – and dare I say psychedelic -, track more akin to what most are accustomed from them. In “Refraction” and “20180224”, the entire section of Luís Fernandes is presented to us and while it does start more peaceful and relaxed in the first part, we are soon transported to the deserts of long lost psych rock jams, a more familiar territory.

“20171216” with Pedro Augusto is both a continuation and a goodbye to that psych rock feel – as far as the album is concerned, at least -, as the last track in this new record loops back to Jonathan Saldanha. Arguably the more interesting of the six movements, “20180415” takes a turn toward the unexpected, with Jonathan seemingly commanding Black Bombaim as he would command his own Macumbas, delivering a very mechanical and hypnotic conclusion to an album that feels incredibly organic and vast. Black Bombaim have once again proved, with the help of three very talented musicians, that they are indeed one of the most interesting Portuguese bands out there and this record is yet another successful mark in their ever-growing and ever-expanding career.