We’ve come a long way, but here we are at last: the ninth edition of SonicBlast Moledo is less than a month away and we just got the final confirmations that close this year’s lineup for good. Oh, and the running order has also been released, it will be available at the end of this article, for your leisure. Moving on to the names themselves, the already astounding lineup is now joined by the Ukrainian stonerheads Stoned Jesus (on the photo above), who are returning to the beaches of Moledo to present their latest record, Pilgrims, as well as the Italian acid rockers Göbia and the classic Spanish psych rock group Viaje a 800 and they’re fellow countrymen Here the Captain speaking, the Captain is dead. The Portuguese Solar Corona, Mr. Mojo and O Bom, o Mau e o Azevedo complete the bill that also features great names such as Om, Orange Goblin, Eyehategod, Graveyard, Dopethrone, Windhand and Lucifer, among many others. Are you ready for the best stoner pool party of the Summer?

SonicBlast Moledo 2019 takes place on August 8th-10th at Centro Cultural de Moledo. Three-day passes and daily tickets for Saturday are now sold out. Daily tickets for Thursday and Friday are still available in a very limited quantity for 35 euros and can be purchased online via Bilheteira Online. The usual free-entry Warm-Up Sessions will take place on August 7th and will be announced very soon. 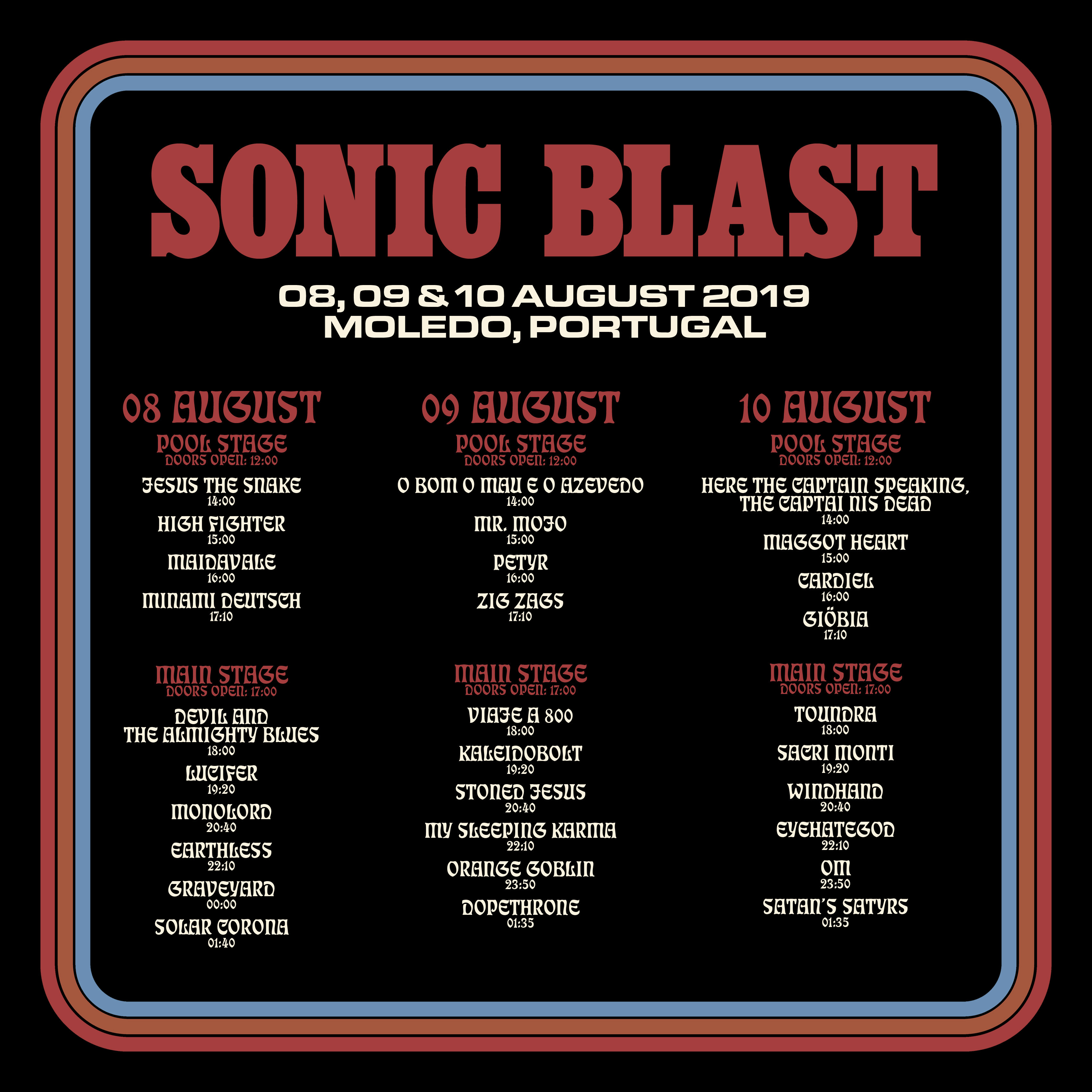