After a first edition that included performances by Monkey Flag and Vomit-Self, Amplifier Worship moves on to its second chapter and transforms, presenting a brand-new festival concept. Taking place in two Saturdays – one in October and the other in December -, the festival splits itself into two curated nights of chaotic aggression, spiritual contemplation and absolute obscurity. On October 26th, the festival will welcome the British psychedelic drone/doom outfit Bong, the experimental black/noise project Gnaw Their Tongues, the Portuguese funeral doomsters OAK and their fellow countrymen of sludge Redemptus. On December 14th, it will be time for the Spanish chaosbringers in Altarage to assault the festival, accompanied by French dark ambient/drone artist N.K.R.T., the Portuguese experimental rockers NU and the Portuguese ethno-techno polyrhythm purveyors Talea Jacta. Are you ready for a totally new auditory experience?

Amplifier Worship II takes place at Auditório CCOP, in Porto, on October 26th and December 14th. Daily and combo tickets are available for 20 and 35 euros, respectively. Both can be purchased online via Let’s Go. 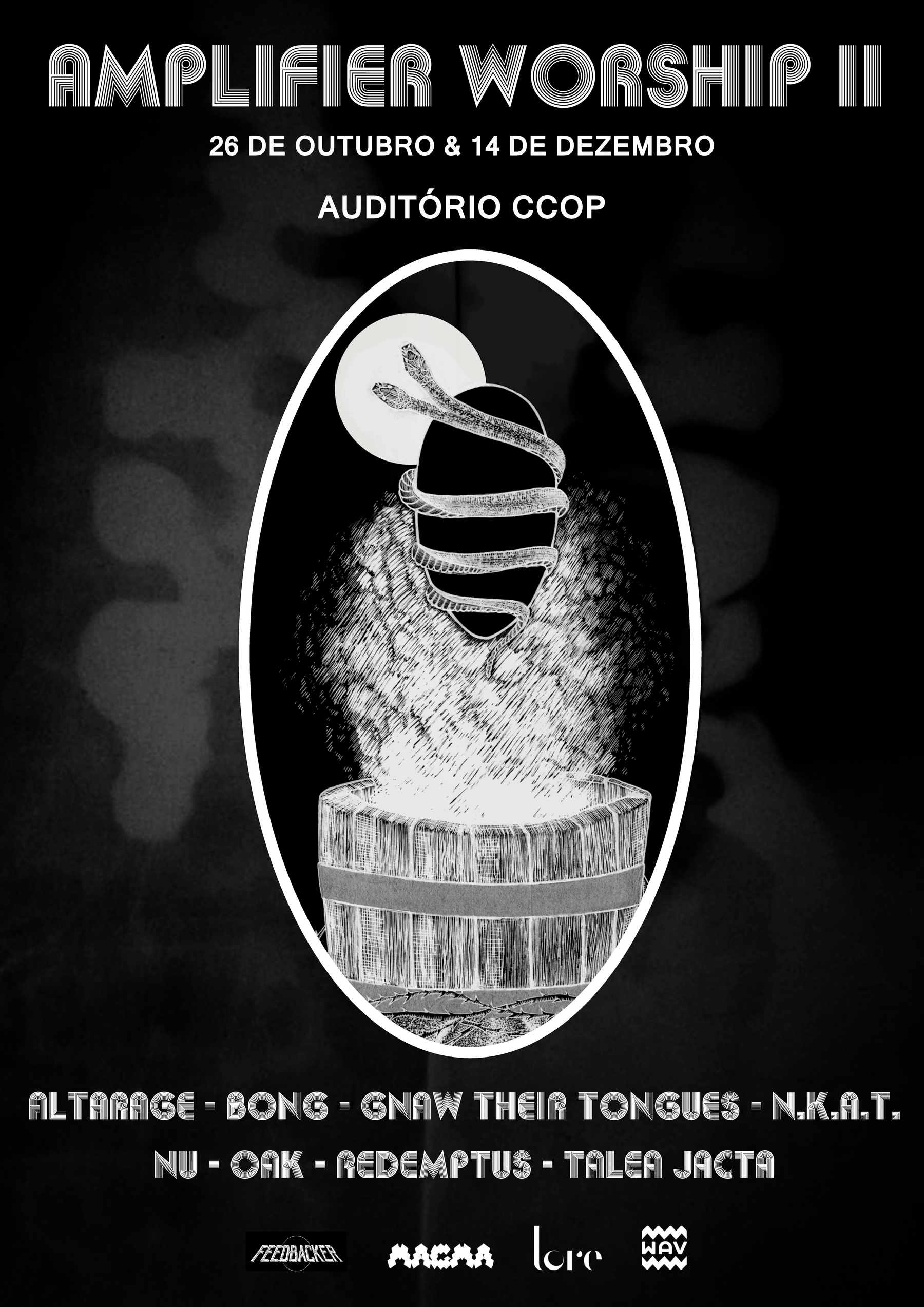