There are a lot of special things in this world, but few are greater than what Godspeed You! Black Emperor have done for music worldwide. Initially, when I was writing about the great news that was GY!BE’s return to Portugal, that is all I could think of. The amount of talent that surrounds this Canadian collective is incalculable and their discography is filled with brilliant musical pieces that would go extremely well with any film dealing with subjects of anarchy, revolt, self-discovery, introspection and even space gazing and ponderings. GY!BE’s music is a portal to a dream dimension, a place where your mind is filled with tempests of rich melodies and bright compositions that fill you with hope. Hope for a better life, hope for a better world, hope for the smallest or greatest thing you can imagine. So naturally, knowing that they would finally return to Portugal, I knew I had to be there, that I had to experience GY!BE live and stand in awe of their mastery. And that is exactly what happened.

But that’s the short version of it. In a longer version of the story, one can commit on giving a more detailed account of the whole experience. As I arrived to the venue o LAV (Lisboa ao Vivo), the line was already formed. It was a rather long line considering the fact that the doors would only open half an hour later, but given the circumstances, it was highly expected. Everyone wanted to be at the front, everyone wanted to fully take in all the sounds and textures, all the dreams and sorrows, all the pain and joy that was promised that night. As is stands, and by no mere coincidence, this was also to be the first part of Amplificasom’s 13th birthday celebration – the second part would be much the same but in Porto. Tonight, however, it was Lisbon’s turn to bow down to one of the most influential post-rock groups of all time.

First came Light Conductor. Fellow Canadians to GY!BE, this duo – composed of Young Galaxy’s Stephen Ramsay and Jace Lasek of The Besnard Lakes -, plays an expansive form of ambient drone but give it a nice twist. While accompanied by a third member, the group interchanged instruments with one another throughout their performance, with someone always handling synths or guitar. Playing their only LP, Sequence One, in its entirety, this was a sort of slow-burning analog feast filled with hypnotic drone melodies and immersive soundscapes, that slowly but surely reached a climatic in which all members left the synths on loop, picked up guitars and approached their microphones to perform the song with which the group shares its name. A nice opening for a night that was still to become incredibly emotional. 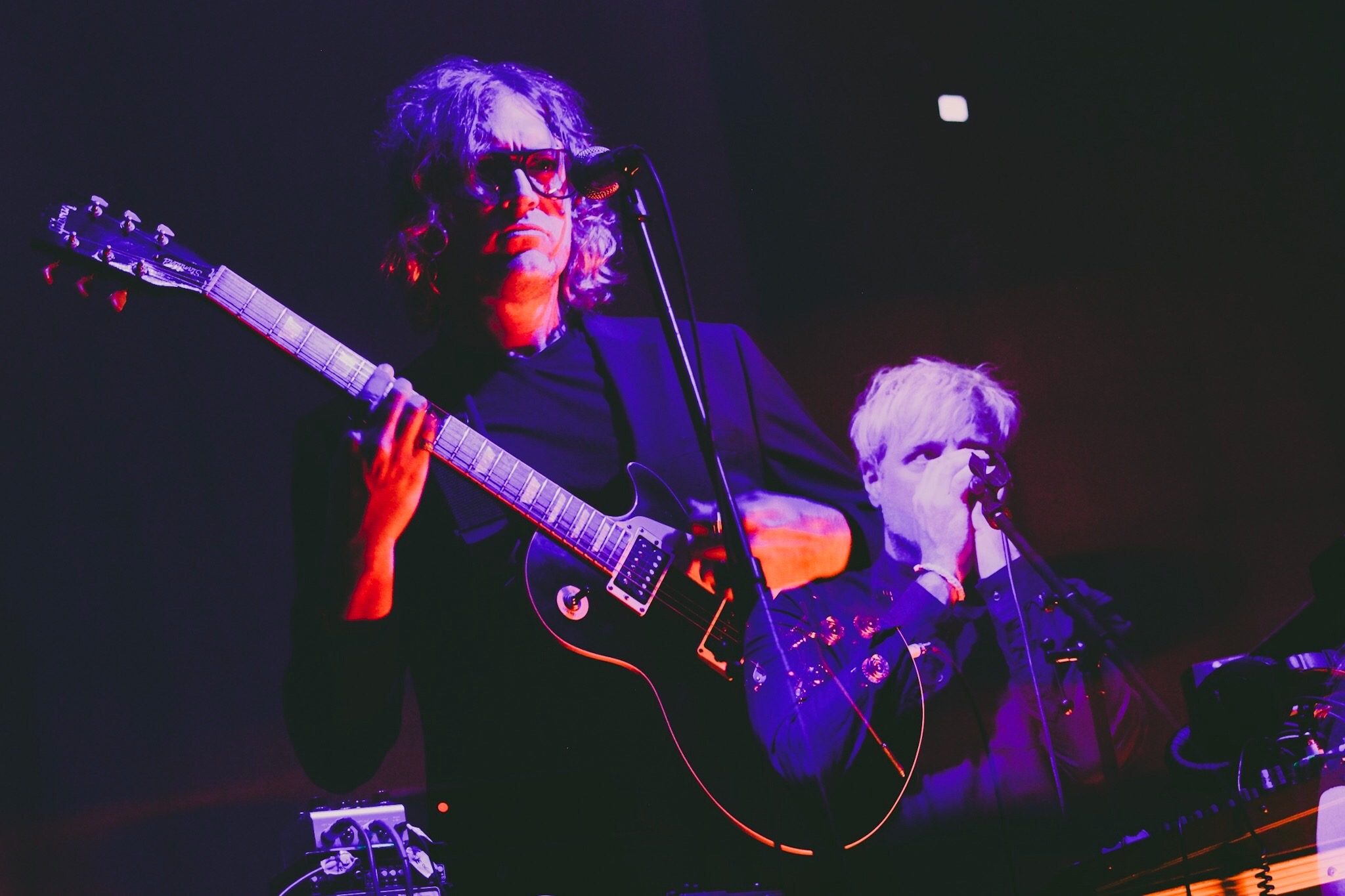 Describing a Godspeed You! Black Emperor performance is no easy task, but I will try my best. From what you already read, the band’s music is a dreamy collection of the best post-rock imaginable, from whence you can drink and breathe all the hope in the world. Curiously enough, that is how the concert started, as the slow violin and double bass of Sophie Trudeau and Thierry Amar, respectively, started to be heard as if inseparable instrumental twins and opening the song “Hope Drone”. From this moment, the rest of the band joined in like droplets in an infinite ocean of stars, each poised to remain in their respective position until the very end. After a strong introduction, GY!BE went on to perform one of most powerful and rejuvenating pieces from their latest record, Luciferian Towers, a song called “Bosses Hang”. Not long after they performed another song from that same record, “Anthem for No State”, an all-time favourite of mine, and the unreleased “Glacier” and “Cliff”, as well as both “Moya” and “BBF3” from Slow Riot for New Zero Kanada, were also heard, contemplated, breathed in. And even though the band was performing different songs from distinct records, they all seemed to fit in one orchestral movement, something that shouldn’t come as much of a surprise considering the musicians at hand and their respective artistic backgrounds. I should also refer the amazing visual projections that were seen throughout the entire show that ranged from scenes of rebellion, fiery backgrounds and moving molecular cells to a very clear and very bright spelling of the word “hope”. And I suppose that was the main message to be delivered on this fine evening, that despite all the problems and troubles on the world, there is hope. There will always be hope, so long as we stay together, united. And with a clamour of applause and tears, ended an evening that none present will ever forget. 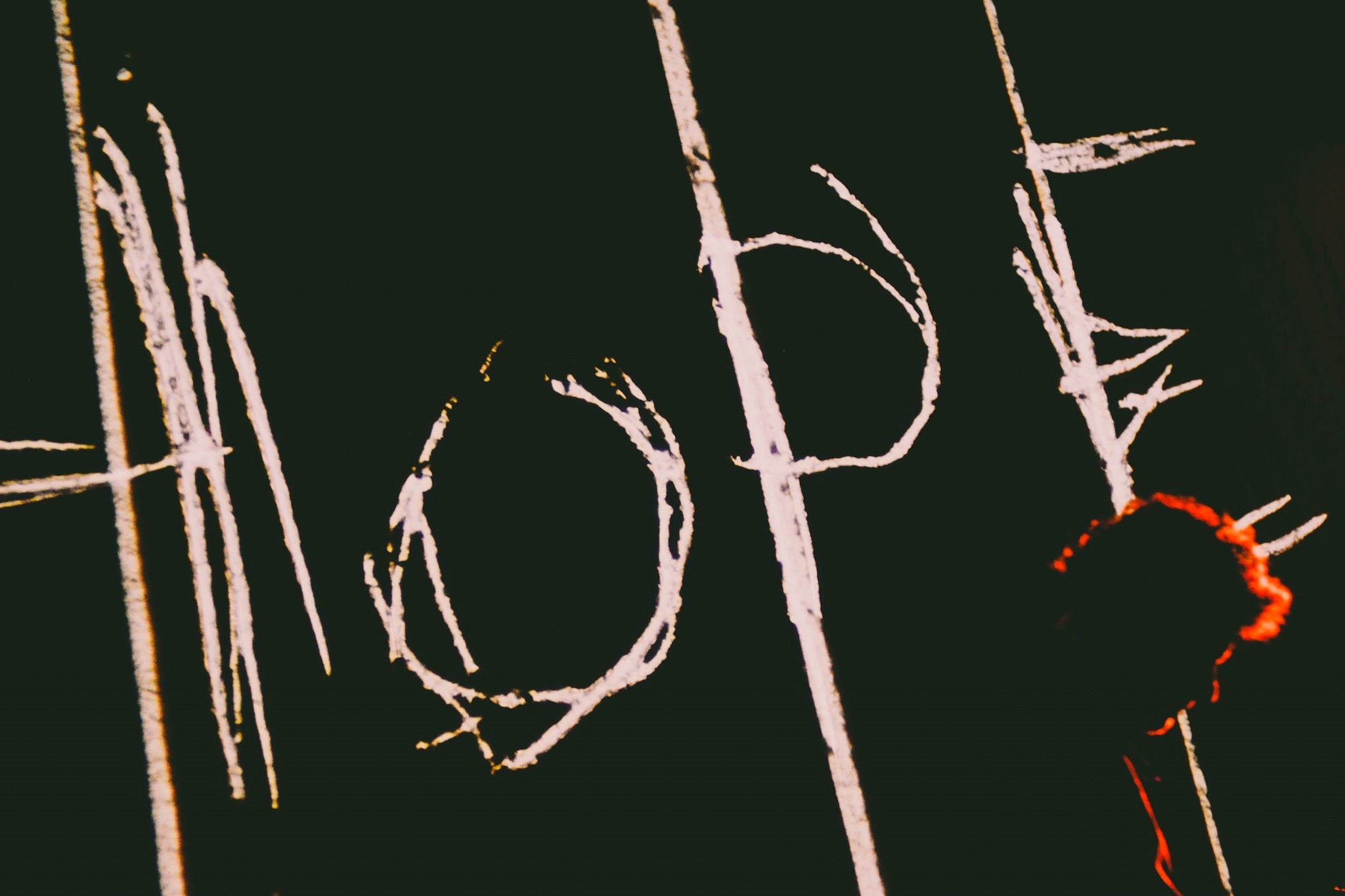