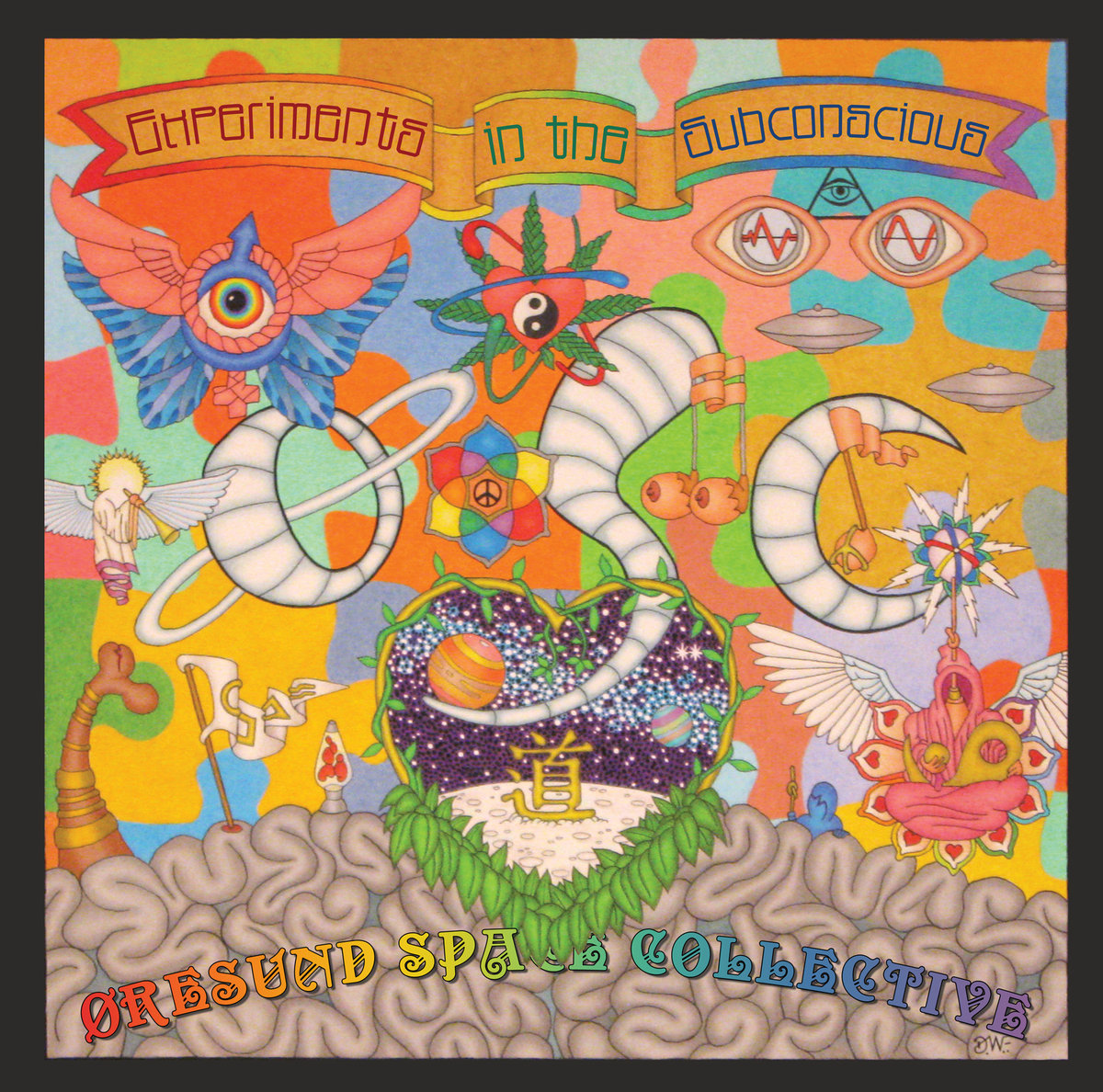 If stoner is your game, then Øresund Space Collective might sound like a familiar name. Creating music since 2005, this collective of musicians from Denmark and Sweden play an entirely improvised rock that combines spacy and psychedelic elements with the feel-good progressive rhythms of the 60s and 70s. There are no pre-constructed sections, no planned song structures – all musical energy is purely generated from the heart of the musicians involved. Their influences range from Black Sabbath, Hawkwind and Ozric Tentacles to GONG, Porcupine Tree and Miles Davis, so you can already get a picture running in your head of how incredible the band sounds in the studio and in a live setting. But if you need a more hands-on approach, their discography is vast and ripe with great records, too many to even begin counting, in fact.

Their latest offering of improvised space rock goodness was released a few days ago and, like its predecessors, is a testament to the never-ending creativity that the collective possesses. Entitled Experiments in the Subsconscious, this record is the result of a studio session that happened in November of 2016, and is one that wants to take you on a journey through the depths of the universal mind. We start “Lost in Africa” and meet a “Prosthetic Cuban”, all to the sound of psychedelic guitar and sitar divagations, afrobeats and the occasional cosmic synth vibration. Close to the end, there is a small moment of reprieve – though I would be hesitant to call it that -, with the purely synthesized track “Oops”, that becomes a nice segway to the final track, “Hieroglyphic Smell”, which brings forth all those funky jazz rhythms reminiscent of the aforementioned Miles Davis. This also shows how nicely the record blends in on itself, as all tracks showcase this seemless transition, a result of the music being born on a studio session.

Overall, this new offering by OSC is a really fun one and I would urge you to put this record spinning during a long trip, as it sounds like the perfect soundtrack to go on the road, perhaps on the way to some stoner festival like Krach Am Back or SonicBlast. A sonorous, 70 minute long journey through the cosmos of the mind, just like the collective as accustomed us to over the years.