The sad truth of 2020 is that there won’t be summer festivals or, at the very least, not in their complete form. The mighty Hellfest was just one of the hundreds of victims of COVID-related cancellations and postponements, but since the festival isn’t one to back down from a fight, they have already announced the entire lineup for its 2021 edition – well, almost all of it. The headliners that were supposed to make their presence known this year have been rescheduled for next year, so you will still be able to see the likes of Deftones, Faith No More, System of a Down, Volbeat, Deep Purple and Judas Priest. In fact, except for exactly thirteen names, the lineup is basically the same – Incubus, Mastodon, Infectious Groove, Thy Art Is Murder, Alter Bridge, Baby Metal, Joyous Wolf, Unleashed, Meshuggah, The Black Dahlia Murder, Periphery, Body Count and August Burns Red have not been able to reschedule their dates for 2021 and will not appear at Hellfest as a result. While the festival is still hard at work on booking ten of those thirteen replacements, three of them have already been revealed: Puscifer, Dropkick Murphys and Northlane. The rest of the lineup is as previously noted, much the same that was supposed to appear this year – Korn, Opeth, The Offspring, Running Wild, Maximum The Hormone, Mayhem, Wardruna, Obituary, Watain, Devin Townsend, Suicidal Tendencies, Social Distortion, Electric Wizard, Envy, Killing Joke, Sepultura and many others will make their presence known in the Clisson festival grounds. You can check the entire lineup revealed thus far by checking the poster below.

Hellfest Open Air 2021 takes place in Clisson, in France, on June 18th-20th. Tickets for the 2020 edition are valid for next year and no new tickets will be issued. For more information and refunds, please visit the festival’s website. 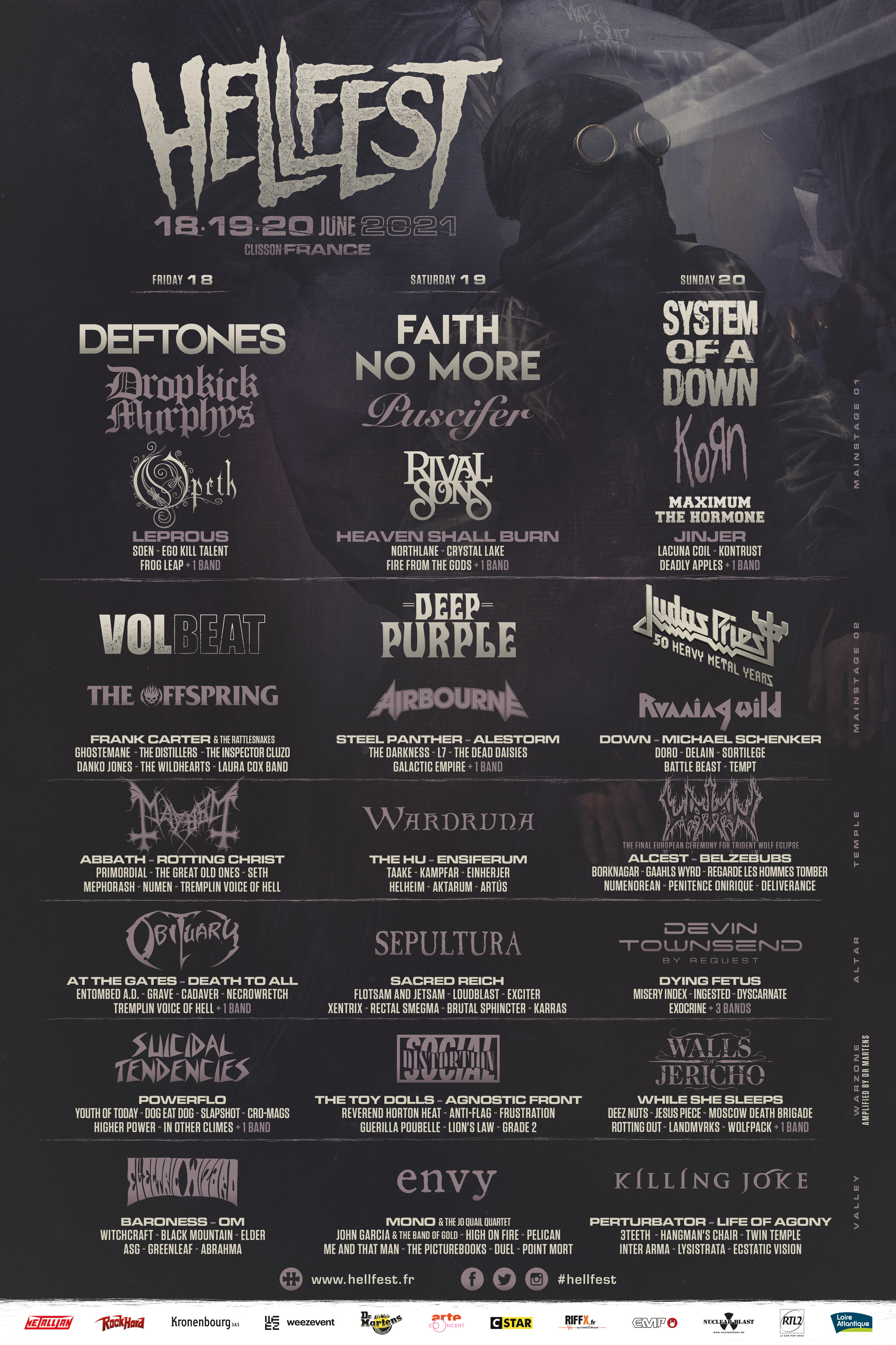