Hell is back! After announcing its postponement earlier this year, the biggest and mightiest Summer festival of Europe has just revealed a massive announcement for its 15th Anniversary, which will now take place in 2022 in not one, but two absolutely brilliant weekends. Yes, you heard that right – double the Hellfest, double the fun. The first weekend will go from June 17th-19th and will include many of the acts that were scheduled to play Hellfest this year, including Faith No More, Korn, Deftones, Judas Priest, Dropkick Murphys, Deep Purple, Sepultura, Social Distortion Obituary, Electric Wizard, Envy, Killing Joke, Death To All, High On Fire, OM and Baroness, among many others. The second weekend will go from June 23rd-26th, featuring an additional day and bands such as Metallica, Nine Inch Nails, Ministry, Wardruna, Alice Cooper, Nightwish, Sabaton, Bad Religion, The Exploited, Atari Teenage Riot, Converge – playing a special Bloodmoon set -, Monster Magnet, Therion, Decapitated, Carcass, Heilung, Enslaved and Mercyful Fate, among many others. Totalling at over 350 bands, the 15th Anniversary of Hellfest stands as its biggest and most ambitious edition ever and quite possibly one of the most, if not the most, remarkable lineups we have ever seen. And there are still twenty bands left to be confirmed, so keep your eyes peeled for further announcements. Until then, bask in the glory that is Hellfest 2022 and prepare for the reentry unto Hell.

Hellfest 2022 will take place in Clisson, France, during two weekends – June 17th-19th and June 23rd-26th. The presale for the four-day passes will start on July 6th exclusively for 2020 ticket holders. Official ticket sale will start on July 7th. For more information on tickets and the overall lineup, please visit the festival’s website here. 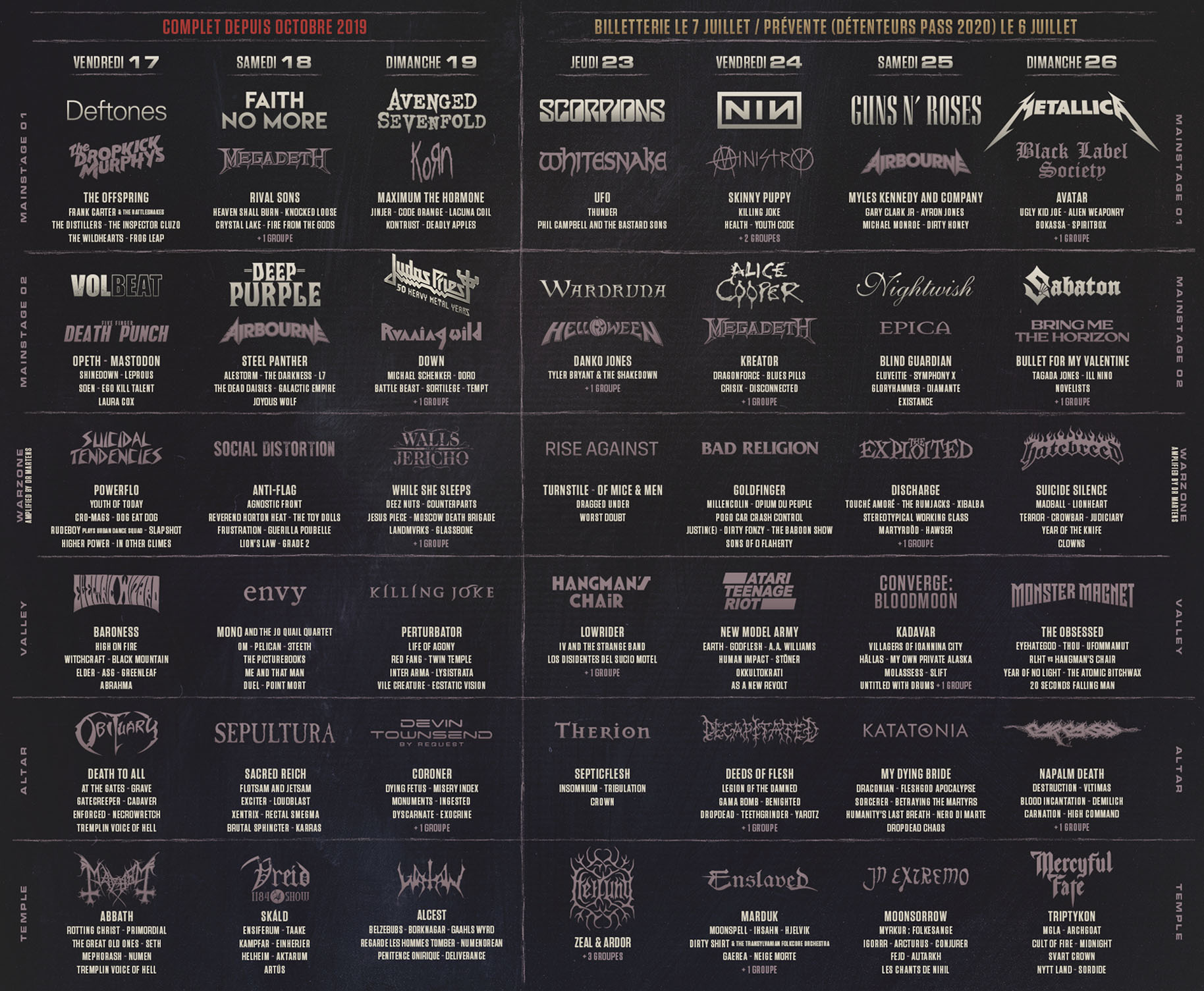