Amplifest 2022: Bongripper, Deafheaven and Envy among the newest additions to the lineup

Music lovers rejoice, for we bring you some awesome news today. Amplifest has just unveiled six more names for this year’s double weekend edition – especifically, this new announcement is entirely aimed at the second weekend of the festival -, and we couldn’t be more excited. At the very top of the list, we have the iconic North American stoner/doom metal quartet Bongripper, who will make their definitive debut in Portugal. With a discography that includes classic records such as Satan Worshipping Doom, Miserable and Terminal, this will be an absolutely devastating show unlike anything anyone has ever seen. Also confirmed is the return of a name that is well-known among amplifesters, Deafheaven, who will be presenting their latest release, Infinite Granite. The legendary Japanese post-hardcore and screamo outfit Envy are now reconfirmed as well in what will also be their definitive debut in Portugal, and the wonderful Aaron Turner, who will be performing with the previously confirmed Sumac, will make his presence known for a solo and personal performance. Last but by no means least, the amazing Caspar Brötzmann, son of the legendary free jazz saxophonist Peter Brötzmann, will perform solo with his Bass Totem project, and William Fowler Collins, a frequent collaborator with the aforementioned Aaron Turner, will bring his minimalist noise and drone to the stage of Amplifest for the first time. A few more names for both weekends are still left to be confirmed, so keep your eyes peeled for further announcements.

Amplifest 2022 takes place in two weekends – October 7th-9th and October 13th-15th -, at the Hard Club, in Porto. Three-day tickets purchased for the 2021 edition are only valid for the first weekend. Three-day tickets for the second weekend are still available at a regular price of 115 euros. More information on tickets for both weekends is readily available at the festival’s website here. 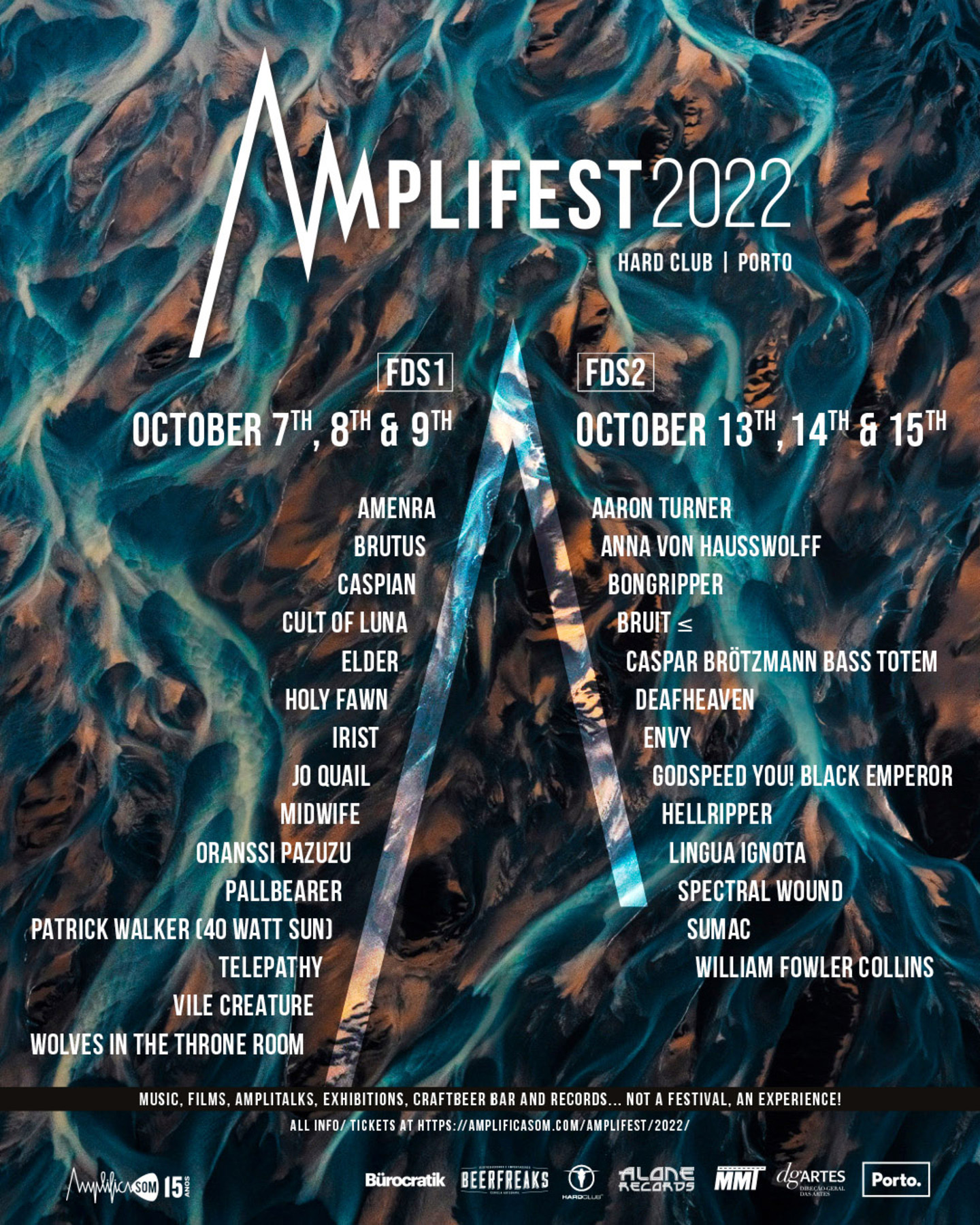