As the Summer is getting closer and closer, things are beginning to heat up again and SonicBlast is more than happy to pump up the temperature by providing us with seven more names that will make their presence known during the 10th Anniversary edition of the festival. But first, the bad news. Unfortunately, due to the reasons we have all come to expect, the North American garage psych rock group Night Beats have been forced to cancel their entire Summer tour; we hope they are able to make it next year. On to the good portion of the news, we are pleased to inform you the confirmation of Tuareg desert blues musician Mdou Moctar, as well as the return of English masters of stoner rock n’ roll Orange Goblin and their fellow countrymen and masters of barbaric doom metal Conan. Also confirmed are the Portuguese psych rock wonders The Black Wizards, the Norwegian desert rockers Slomosa, the Californian heavy psych rockers Deathchant and the Spanish instrumental post-rockers El Altar del Holocausto. More names will be confirmed soon so keep your eyes peeled for further announcements.

SonicBlast Fest 2022 takes place at the Praia da Duna do Caldeirão, in Âncora, from August 11th-13th. Three-day tickets are available for 65 euros until May 31st, 2022 – after that date, they will increase to 75 euros -, and can be purchased online via Bilheteira Online. 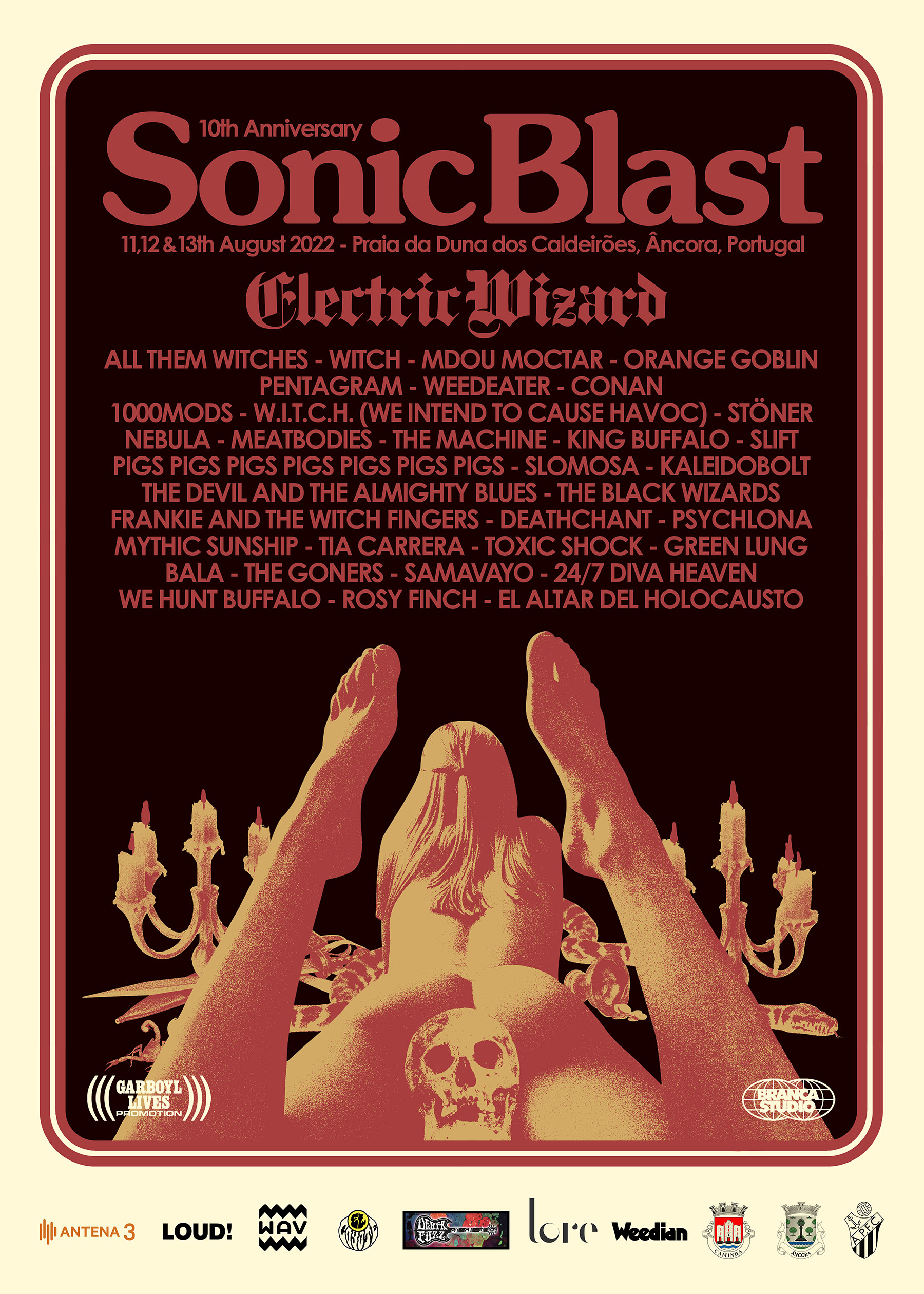