Amplifest 2022: Buñuel and Bossk among the newest additions to the lineup

Four is the number of new additions that thicken the already packing lineup of this year’s Amplifest, divided in two for each of the festival’s weekend. For the first weekend, we welcome the modern evocations of 80s sound aesthetics produced by the one and only Fotocrime, the moniker of Ryan Patterson, that will fill the stage with new wave and post-punk vibes, as well as the intense fusion of post-rock, math rock and hardcore under the guise of the reinvigorated screamo movement brought by the Galician punks Tenue. On the second weekend, we now have the debut on Portuguese soil by the international post-punk and avant-garde noise group Buñuel, led by the towering Eugene S. Robinson, and the long-awaited return to Portugal by the English masters of post-metal Bossk. A few more names are still left to be confirmed for each weekend, so keep your eyes peeled for further announcements.

Amplifest 2022 takes place in two weekends – October 7th-9th and October 13th-15th -, at the Hard Club, in Porto. Three-day tickets purchased for the 2021 edition are only valid for the first weekend. Three-day tickets for the second weekend are still available at a regular price of 115 euros. More information is readily available at the festival’s website here. 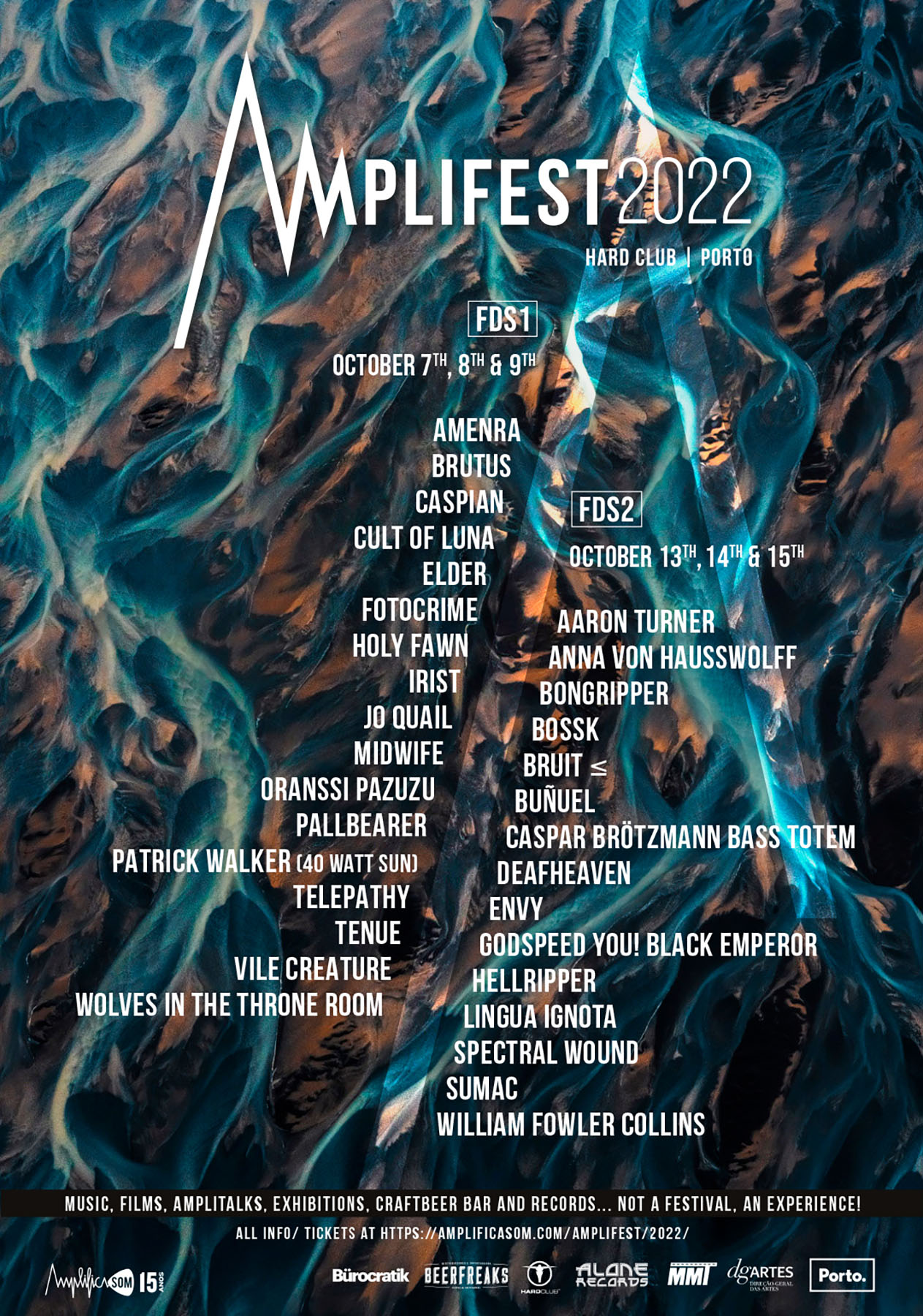