As the intense Summer heat starts penetrating our lives and bodies, today looks to be the perfect day for a fine refreshment. And what better pick-me-up is there than a festival announcement, especially one coming from the very best stoner music festival? And mind you, this is not just any announcement either, as SonicBlast has unveiled the last batch of bands that will complete its 10th Anniversary edition. The unfortunate part of this is the sad cancellation of All Them Witches, as the band has called off their entire European Summer tour, making their presence at the festival an impossibility. The great part of the announcement, however, is the joyous confirmation of twelve bands that complete the lineup of this year’s SonicBlast – My Sleeping Karma, The Atomic Bitchwax, Madmess, Moura, Luna Vieja, Mr. Miyagi, Travo, Pledge, Temple Fang, El Perro, Shima e Misleading, the latter four being called upon to be a part of the festival’s warm-up on August 10th. After a hiatus of two years, for the obvious reasons, and with a new location, new stages and the same will, SonicBlast is finally coming back and we cannot wait to be a part of it once again.

SonicBlast Fest 2022 takes place at the Praia da Duna do Caldeirão, in Âncora, from August 11th-13th. Three-day tickets are available for 65 euros until May 31st, 2022 – after that date, they will increase to 75 euros -, and can be purchased online via Bilheteira Online. 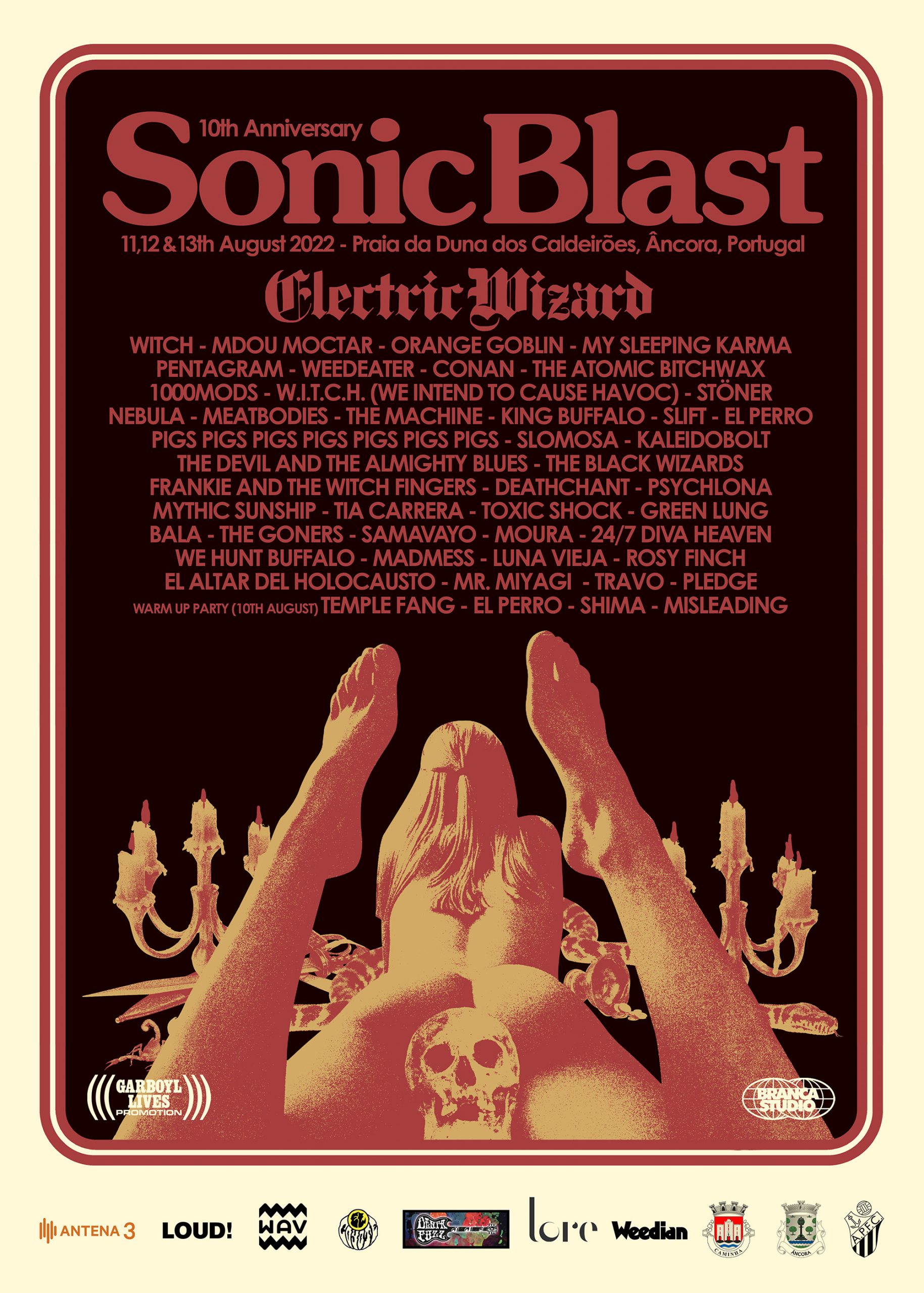