We are getting ever closer to the 10th Anniversary edition of SonicBlast and the festival has just announced its daily tickets are now available. But before we get into that, some bad news must be told: unfortunately, We Hunt Buffalo and Tia Carrera have been forced to cancel their appearances at the festival for personal reasons. On the plus side, the festival has announced Cobrafuma as an incredible replacement. The supergroup featuring members of some of the best portuguese underground bands such as Killimanjaro, Plus Ultra and Greengo will surely deliver an energetic and high-rolling performance at the festival. As previously mentioned, the daily tickets of the festival are now available and with them come the daily splits as well. You can check out the poster below to see when each band will be performing and don’t miss your chance to be in the greatest party of the Summer!

SonicBlast Fest 2022 takes place at the Praia da Duna do Caldeirão, in Âncora, from August 11th-13th. Daily and three-day tickets are available for 35 and 65 euros, respectively, and can be purchased online via Bilheteira Online. 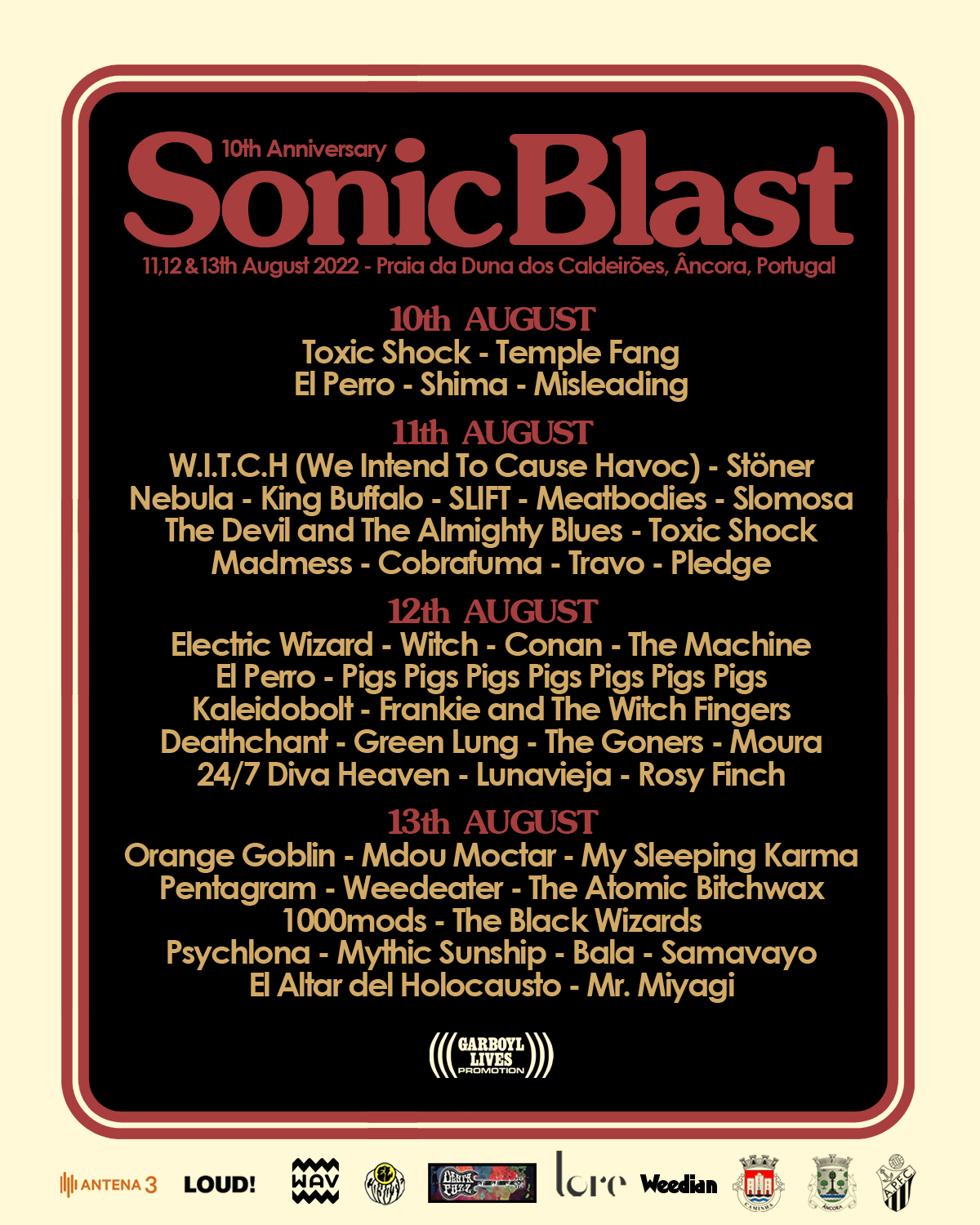 This author hasn't written their bio yet.
Filipe Silva has contributed 363 entries to our website, so far.View entries by Filipe Silva