United We Stand – it’s with this wonderful and hopeful motto, as well as a very blue and black aesthetic, that Hellfest unveils the bands that will perform next year at the mythic festival. At the forefront, headlining the Mainstages we have the legendary Kiss, Mötley Crüe, Iron Maiden and Slipknot, as well as Parkway Drive, Sum 41, Within Temptation and Tenacious D, without forgetting other names such as Porcupine Tree, Carpenter Brut, Pantera, Amon Amarth, Machine Gun Kelly, In Flames and Incubus. Going down to the Warzone and Valley, the stages will be headlined by the likes of Fishbone, Amenra, Rancid, Black Flag, The Cult, Clutch, Melvins and The Ghost Inside, while names such as Flogging Molly, Municipal Waste, Mindforce, END, The Soft Moon, Primitive Man, Monster Magnet, Dance With The Dead and Cockney Rejects also make a much-awaited appearance. Last but by no means least, the Altar and Temple stages will have the honour of hosting Katatonia, As I Lay Dying, Meshuggah, Testament, Behemoth, Venom Inc., The Hu and Fields of the Nephilim as headliners, in addition to names such as Hypocrisy, Suffocation, Full of Hell, Voivod, Dark Angel, Imperial Triumphant, 1349, Finntroll, Saor, Svalbard and Blod, among many others. You can consult the entire announcement in the poster below. See you in Hell!

Hellfest 2023 takes place in Clisson, France, on June 15th-18th. Four-day passes are already sold out. Daily tickets will be made available soon. 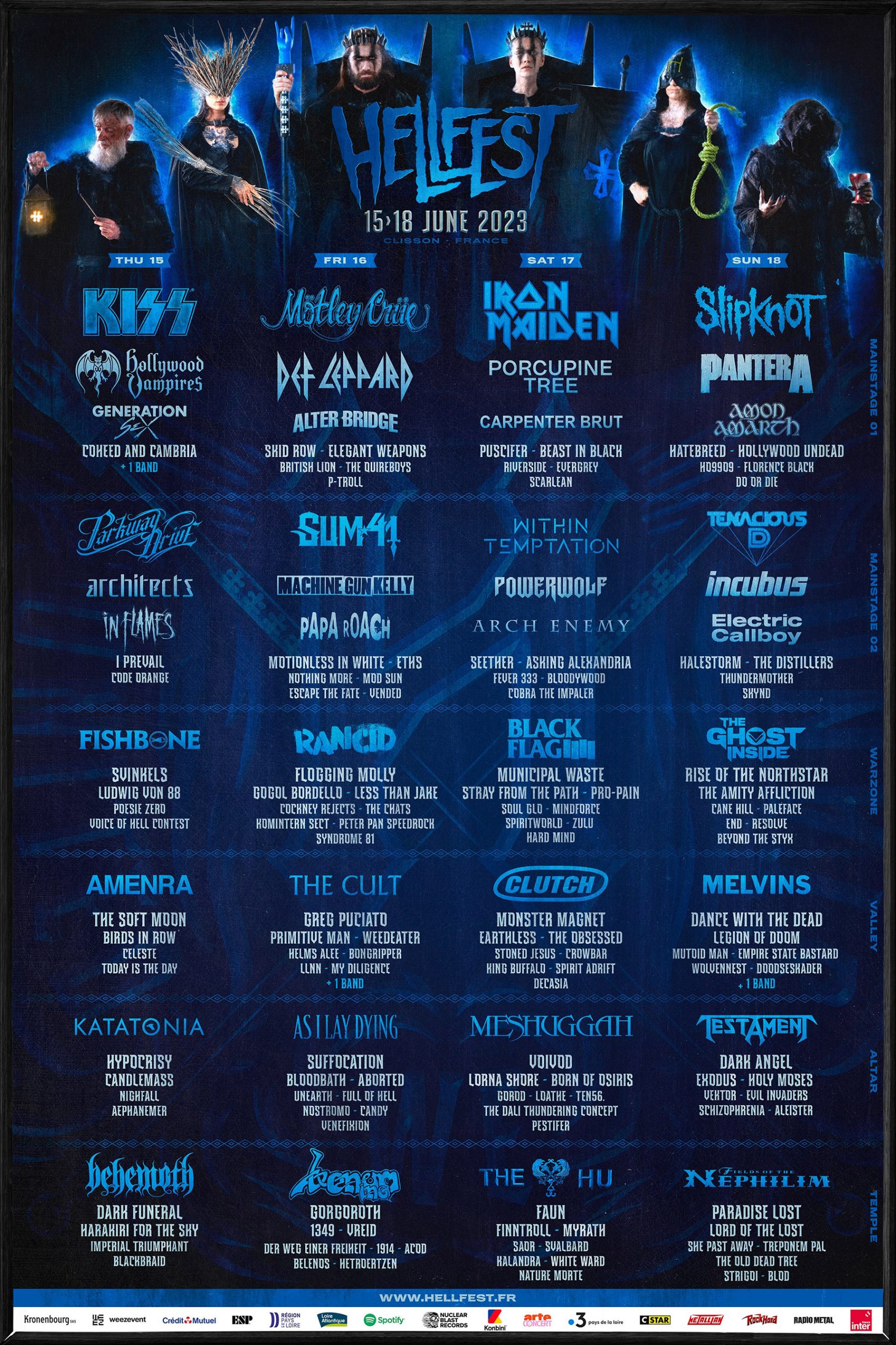 This author hasn't written their bio yet.
Filipe Silva has contributed 396 entries to our website, so far.View entries by Filipe Silva